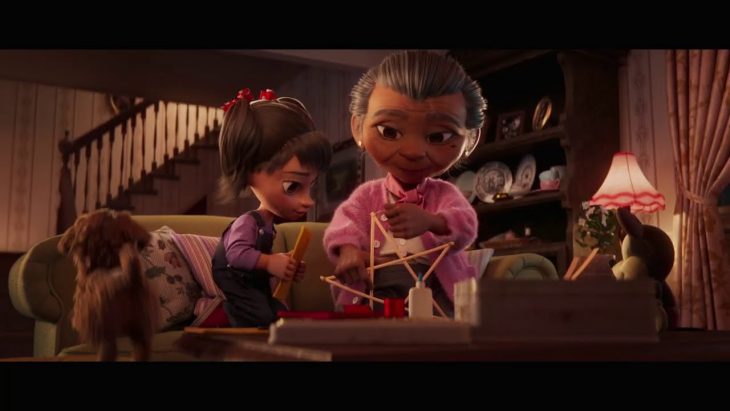 A year ago, I asked, “Which UK retailer created the best digital advertising for Christmas?” And I used different metrics to come up with different answers to my rhetorical question.

But, this year, I decided to cast a wide net. So, I’m asking a different question: “Which brand created the best digital advertising for Christmas 2020?” And, I also decided to use a single set of metrics.

Last year, I had used data from Unruly along with Tubular Labs and Kantar because they all have objective methodologies for analyzing what is generally a subjective topic.  But, I turned to Unruly exclusively this year to identify the most emotionally engaging video ads of the holiday season, so I could get an apples-to-apples comparison of different approaches to Christmas content.

For 2020, Unruly analyzed the emotional responses of more than 6,500 consumers around the world, who watched 103 festive ads released in the past two months. Ads were ranked on the intensity of emotional response, using its content measurement tool, UnrulyEQ, which takes into account the normal levels of emotional response in each market to give a fair global comparison. For ads tested in multiple markets, the territory where an ad scored the highest was used.

And, according to Unruly’s research, the world’s most moving festive ad of 2020 is “FROM OUR FAMILY TO YOURS | Disney Christmas Advert 2020 | Official Disney UK.”

Disney’s animated ad tells the heartwarming story of a grandmother’s relationship with her granddaughter and the importance of family traditions during the holiday season. As the video’s description says, “While times change and people grow, beloved family traditions make lifelong memories that cross generations and hold us together, especially over the festive period.”

It adds, “Lola and her granddaughter share a love of Disney and Christmas crafting, but over time their yearly ritual of making star lanterns begins to fade away. Looking back into Lola’s past and seeing her grandmother’s much-loved Mickey Mouse inspires her granddaughter to create a festive surprise that lights up her Christmas morning and renews their special bond.”

The global campaign generated a positive emotional response from UK viewers that was 126% higher than the UK market average.

Yes, I realize that the brand had established itself as a leader in the American animation industry before World War II, so it seems to have an unfair advantage. But, I know a lot of big media and entertainment brands that haven’t made successful transitions from one era to another. So, kudos to Disney for being the star on top of Unruly’s festive tree.

That put it just ahead of “Coca-Cola Christmas Commercial 2020,” which was directed by Oscar winner Taika Waititi.

Coca-Cola’s ad follows the story of a dad trying to deliver his daughter’s letter to Santa against all the odds. As the video’s description says, “This Christmas, give something only you can give.”

It adds, “Be it in person, over an awkward video call, or just a quick message, making time for the ones you love is what makes Christmas truly the most special time of year, no matter how you do it.”

The video’s description says, “Bring on the lights, the anticipation, the smiles and surprises! Check out how BIG W helped a community bring one boy’s Christmas wish to life. And this video ad generated an intense emotional response 116% higher than the Australian market average.

A US retailer ended in fourth place “Give With All Your Heart | Kohl’s Commercial.”

The video’s description says, “This year looks different—and so do our wish lists. Where once we just wished for things like toys and tech, we’re now wishing for happiness, understanding and kindness more than ever. And time spent together is the greatest gift of all. This year looks different because the world is different. So give with all your heart.” And this video ad generated an intense emotional response 106% higher than the US market average.

In sixth place was the Great Ormond Street Hospital and Charity’s ad, “Home for Christmas 🎄 | Watch and share our festive film.”

The video’s description says, “Every child should have the chance to be at home with their families for Christmas Day. With your support, we can help Great Ormond Street Hospital get more children, from across the UK, home for Christmas.” This video ad generated an intense emotional response 100% higher than the UK average.

Amazon’s “The show must go on” was eighth.

The video’s description says, “This is the story of a young dancer whose spirit and tenacity triumphs through the challenges of 2020. All with a little help from her family and community.” This video ad generated an intense emotional response 95% higher than the Swedish average.

“And I think to myself… that’s the 2020 LEGO holiday season ad!” was in ninth place.

The video’s description says, “A blue horse. A hotdog tree. A Hulkbuster, uh… ‘redesigning’ your living-room. Sounds like the beginning of something awesome!” This video ad generated an intense emotional response 94% higher than the UK average.

The tenth spot was held by “Aldi Christmas Launch Advert 2020.”

The video’s description says, “Kevin’s out in the cold. Will he get home in time for Christmas?” This video ad generated an intense emotional response 91% higher than the UK average.

To see the full list of ads, view more details of a specific ad’s performance or request an EQ report, visit Unruly’s Holiday Ad Hub. Nevertheless, we can glean several strategic insights just from watching the 10 videos above.

For example, Rebecca Waring, Global VP of Insights at Unruly, says, “People are clearly in the mood for high-budget, epic storytelling this festive period. Disney and Coke’s mini-movies have led our festive ad rankings all over the world – showing us how emotional creative can cross cultural borders.”

She adds, “However, ‘Bring On Christmas’, from Australian retailer Big W, has also done incredibly well, scoring just behind these two global giants with an ad that focuses on real people and local community; three quarters of respondents said that the brand came across as genuine, relatable and trustworthy. The German market also has a tradition for powerfully emotive Christmas advertising, ending up with two ads in the Top 10 of a global chart that is otherwise dominated by US and UK brands.”

Waring concludes, “As we predicted in our Holiday 2020 Consumer Research, COVID references and serious tones are not resonating as well with consumers. Amazon was the only explicitly COVID-themed ad to make the Top 10; they took a risk by leaning in on the COVID angle, which has paid off as their ad is highly distinctive. We knew this would be an emotional Christmas, and overall, this year’s ads have proved to be 51% more emotive than the global average. This year’s Christmas ads are also particularly successful at creating purchase consideration; the average score exceeds the norm by 41%.” In other words, brands can take the lessons learned from analyzing the best digital advertising for Christmas 2020 to the bank.