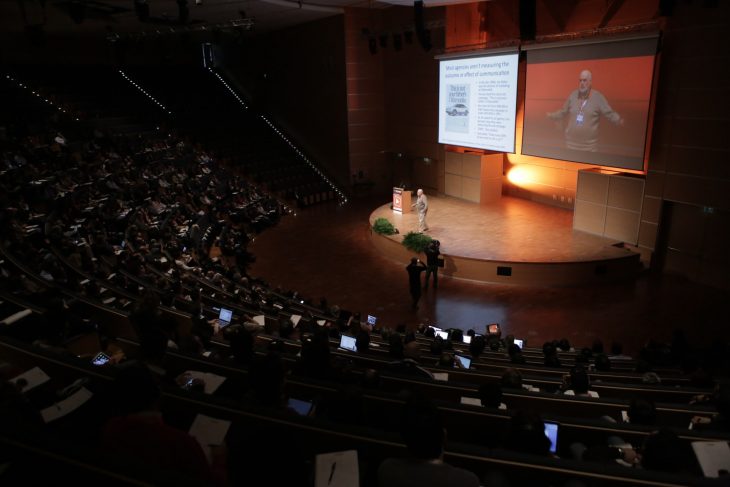 Back in September 2019, I wrote a post entitled, “What is the best keyword research tool for SEO? (It’s your brain!)” That was the same month that I taught a webinar for a US-based technology company on “How to conduct keyword research to find the search terms people use on Google & YouTube.” It was supposed to be the first in a series of webinars, but the rest of my SEO course was canceled when the person in charge of SEO at the company decided they were already using Moz Pro, one of “the Best SEO Tools for 2019,” according to PCMag.com. So, there was no need to learn what I planned to teach them.

Umm, okay. As Satchel Paige once said, “You win a few, you lose a few. Some get rained out.”

But, in 20/20 hindsight, I think I know why I lost this particular gig. I had opened my presentation with a series of charts from SpyFu, which was also one of “the Best SEO Tools for 2019,” according to PCMag.com. (Both tools had been given Editors’ Choice awards.) And two of SpyFu’s charts showed:

And another two of SpyFu’s charts showed:

Hey, I was establishing a baseline that showed their organic search traffic was already valuable. And, I explained that, if they just focused on their 100 biggest opportunities, then they could get 1 million clicks per month, which would cost them $307,000 in equivalent PPC dollars.

Now, I went on to show other insights that I had gleaned by using other keyword research tools – including Google Trends.

I also quoted David Ogilvy, who once said, “Even a blind pig can sometimes find truffles, but it helps to know that they grow in oak forests.” And I added, “Keyword research tools can help you find oak forests, but you still need a keyword map to discover the truffles.”

In other words, I wasn’t trying to “sell” them SpyFu. I was trying to share this strategic insight: “Keyword research tools provide 10% of the value, but your expert analysis of the data provides 90%.”  SEO tools can provide you with accurate keyword volume and difficulty metrics, but you still need the skills, education, and experience to strategically target the right keywords.

Now, maybe I lost the key decision-maker in my webinar by opening with an analysis of data provided by a tool that he or she had never used. Or, maybe I had undermined his or her expertise and authority in keyword research by showcasing SEO tools that don’t gauge competitiveness with “difficulty” metrics, which is a feature of Moz Pro.

But, karma is a boomerang. And I was contacted recently by another person from that US-based technology company, who had also attended the webinar. And I was asked if I could provide an update of my SpyFu charts – pro bono. Well, I was curious myself, so here’s what I saw on January 5, 2021:

In other words, their site had 4.8% fewer keywords and 19.2% fewer pages in the top 50 results. And their site was getting 62.3% fewer clicks per month and these clicks were worth 46.8% less than they were when back had established a baseline.

So, if you focus too narrowly on keywords that aren’t too difficult because they face less competition, then you can easily end up with 62.3% less organic search traffic with a 46.8% lower economic value.

Now, in defense of the decision-maker, a lot of over things have changed between September 2019 and now. The rapid spread of the coronavirus has dramatically affected people and businesses around the world. In this unprecedented, dynamic moment, no one has all the answers.

But, as I wrote in “7 Google Tools to Use When Conducting Keyword Research Today,” which was published in Search Engine Journal in August 2020, “That’s why conducting keyword research is now more important than ever to understand the latest shifts in consumer intent.”

I added, “Although 100% of SEO professionals worth their salt understand how to dig insights out of Google Search Console and know which keyword tools have helped them in the past to increase traffic, rankings, and visibility in search results, this is the time to think outside the search box.”

And I concluded, “That means using extra tools to double-check your assumptions.” Which tools? Well, one of the seven tools that I recommend using is Google Trends – even though many SEO professionals don’t use it that often because it doesn’t provide data on organic search volumes or competitiveness.

But, even one new insight per fortnight can help your company or clients pivot to create relevant high-quality content as they navigate the “new normal.” And using Google Trends to find insights that can be processed within minutes of an event happening in the real world can get SEOs a seat at the table where strategic decisions are made.

Let me give you an example. A year ago, I wrote a post entitled, “Is the digital marketing strategy for most US colleges fatally flawed?” Near the end of the post, I told the story of Dickinson College, an organization that had completed an on-site workshop on “SEO Strategy and Keyword Research” back in February 2018.

In December 2017, before I’d taught my on-site workshop, I used SpyFu get a baseline and it showed:

And before they’d learned that the best keyword research tool for SEO is your brain, SpyFu showed:

But, my SEO course wasn’t limited to teaching Dickinson’s marketing and communications staff how to use SpyFu. It also taught them when to use other tools like Google Trends to examine web search interest in terms like “early decision,” which were critical to the college’s success.

On January 5, 2020, two years after I’d taught my workshop, I used SpyFu again to discover that:

And SpyFu also revealed that:

But, I wrote that post before the COVID-19 pandemic totally disrupted normal life for billions of people around the world, changing people’s routines, needs, and priorities almost daily.

So, I updated my update on January 5, 2021. And I have to say that I wasn’t surprised to see that three years after I’d taught my workshop, SpyFu reported that:

And SpyFu also revealed that:

In other words, the marketing and communications team at Dickinson has strengthened their position in organic search and dramatically increased the economic value of organic clicks per month by more than 2.8 times while the vast majority of other liberal arts colleges were struggling to weather the storm.

So, even though it is difficult to get a high ranking for a search term like “early decision” because it faces a lot of competition, it’s critical to fight the good fight – especially in a year when fewer prospective college students are interested in making a binding commitment ahead of time. If you avoid fighting the good fight because the “difficulty” metrics indicate there’s lots of competition, then you are putting your college’s admissions department between a rock and a hard place.

Since I haven’t taught the team at Dickinson anything new since our on-site workshop three years ago, this means that they had learned a lot more than how to use a couple of SEO tools. By completing the entire SEO course, they’d learned to use their brains as well as some of the best SEO tools for keyword research to discover the truffles as well as find the oak forests.

That’s something I should have explained to the decision-maker at the US-based technology company before presenting a series of charts created by one of the best SEO tools that they didn’t use.

So, if I had the opportunity to update my September 2019 presentation, then I’d open with a quotation from Henry David Thoreau, “Men have become the tools of their tools.”

In other words, SEO tools can provide you with accurate keyword volume and difficulty metrics, but you still need the skills, education, and experience to strategically target the right keywords. Sometimes the right keywords will be less popular and sometimes they will be harder to rank for. And every day, 15% of the search terms and phrases that Google sees are brand new – no one has ever used them before.

Now, don’t get me wrong, keyword research tools are useful, but your expert analysis of the data is over 20 times more valuable. This explains why an annual subscription to SpyFu, for example, costs under $2,388, but the average salary of an SEO specialist is $52,228 per year in the United States.