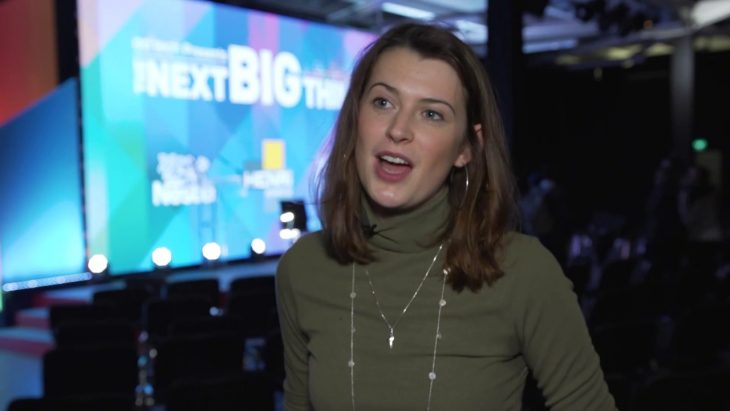 When you go searching for corporate social responsibility examples, you’ll find the vast majority were generated by digital PR campaigns. But, Good-Loop, a digital advertising platform headquartered in Edinburgh, Scotland, has raised more than £2 million (over $2.7 million) towards protecting victims of domestic abuse, helping disadvantaged kids to read, and supporting vulnerable families during the pandemic — by getting consumers to watch ads.

Good-Loop recently released its annual Impact Report, detailing the funds it’s raised for charities around the world. Good-Loop’s tech incentivizes people to watch online ads by allowing them to “unlock” a charity donation at the end of the spot.

The advertiser receives more meaningful brand engagement, while the consumer gets to do good for free. The charity receives 50% of the ad revenue. Despite the many challenges caused by the outbreak of COVID-19, Good-Loop’s ad campaigns generated £933,011 (almost $1.3 million) in donations to good causes in 2020 — a 75% increase over the previous year.

Altogether 68 different charities received donations as a result of Good-Loop’s ad campaigns in 2020, including Centrepoint, The Trussell Trust, and Great Ormond Street Hospital. To date Good-Loop has raised over £2 million for those in need since its launch in 2016.

The money donated in 2020 was used to a fund a number of activities, including:

In a recent press release, Chris Carter, Head of Partnership Development at GOSH Charity, said, “We’re delighted to be working with an innovative tech company like Good-Loop. We have been really impressed with how they have combined the public’s desire to do something positive with the simple action of watching an advert to raise substantial amounts for charity. We began our partnership towards the end of last year and thanks to Good-Loop and Kimberly-Clark, over £15k has already been raised for the seriously ill children at Great Ormond Street Hospital.”

Lucy Coleman, Senior Corporate Development Manager, Centrepoint, said, “The amazing income generated by Good-Loop will support a wider selection of teams and projects – unrestricted funds are really useful and enable Centrepoint to be dynamic with the way we support young people.”

Good-Loop CEO and co-founder Amy Williams said, “When we first set up Good-Loop we wanted to prove that the power and influence of the ad industry could be harnessed and used as a real force for good in society. So to see us smash through the £2M milestone and to see the real, life-changing, positive impact that it can have on people’s lives is simply incredible.”

She added, “But more can be done. This is only a drop in the ocean of the good that brands can achieve through their media budgets. It’s time for fewer words and more action. There is a growing disconnect between advertisers and consumers that can only be fixed by treating the public as partners, not targets. Our tech solutions help fill this gap, connecting brands and the public around a common, positive purpose, tackling causes such as poverty, health, homelessness, the environment and education.”

Good-Loop uses a remarkably ethical approach to digital advertising that makes the connection between brands and people more meaningful. The digital advertising platform wraps existing video ads in their unique ethical formats and distributes them across the web.

In return, advertisers get:

In other words, many brands have already started “doing well by doing good.”

So, what’s Good-Loop’s the backstory? Well, I’ll let the co-founders tell you why they founded Good-Loop together in October 2016.

Now, Good-Loop not only talks the talk. They also walk the walk.

For example, the digital advertising platform recently launched a free tool that enables brands and media agencies to calculate the carbon footprint of their digital advertising campaigns. Good-Loop’s carbon calculator enables to advertisers to measure the environmental impact of their online ads, helping to limit CO2 emissions across the industry.

Digital advertising is a major contributor to carbon emissions around the globe. The internet as well as the gadgets and systems used to support them has a larger carbon footprint than the airline industry, with online video and display ads generating the most emissions per £1 of media spend, according to Essence. Last year, the UK ad industry launched Ad Net Zero, an initiative backed by the Advertising Association (AA), along with the Institute of Practitioners in Advertising IPA, and the Incorporated Society of British advertisers (ISBA), to make Adland carbon neutral by 2030.

Seven in 10 people working in the UK ad industry (71%) are worried about the negative impact the industry has on the environment, according to Ad Net Zero, while 80% of UK consumers agree that “companies should be doing more to be sustainable,” according to Kantar.

Good-Loop, whose programmatic technology enables consumers to donate to their favorite good causes by watching ads, launched its calculator to give advertisers a better understanding of the environmental impact of their digital media campaigns and suggest ways they can minimize emissions.

When Good-Loop’s carbon calculator was launched, Williams said, “Media planning is an area that companies often overlook when considering their environmental impact, but it has a critical role to play in the industry’s commitment to becoming carbon neutral. There are a lot of things that advertisers can do in their media budgets to minimize this impact, starting with calculating the carbon cost of their campaigns.”

The calculator is just one part of Good-Loop’s proposed four-point action plan to make the media side of digital advertising carbon positive by 2030. These are:

Williams added, “We’re at the tipping point. At the current rate of emissions, within the next 20 years we’ll reach the point where we’ll start to experience catastrophic climate change all around the globe and the planet will become increasingly uninhabitable. As an industry, we need to do all we can to halt this disastrous rise in temperatures by adopting advertising practices that are good for the planet.”

She added, “We’re starting to see action across the industry — but we do need to do more. We need to make sure commitments to make advertising more sustainable are not just more hot air.”

In addition, advertisers can now track and offset the exact carbon cost of their digital advertising campaigns in real time using a new ad tracker launched today by Good-Loop.

The purpose-powered platform’s Green Ad Tag, which can be wrapped into any digital campaign, from display to OOH, like viewability or brand safety pixels, enables brands and agencies to closely monitor the environmental impact of their ads throughout the campaign lifecycle.

With high-profile companies such as Apple and Volkswagen committing themselves to zero emissions and the ad industry striving to become carbon neutral by 2030 as part of the Ad Net Zero initiative, the new tracking tag is designed to help advertisers limit and offset their carbon costs.

With scientists now confirming that the Amazon rainforest is now emitting more carbon dioxide than it’s absorbing, the need for industry action has never been more pressing. Digital ad campaigns leave a substantial carbon footprint around the globe. As I mentioned above, a typical online ad campaign emits 5.4 tons of carbon dioxide — a third of what an average US consumer produces in a year.

With the average ad agency employee producing 3.4 tons of C02 per year, it’s no surprise that 71% of the people working in the ad industry are worried about the negative impact the industry has on the environment, according to Ad Net Zero.

Good-Loop’s new 1X1 pixel detects data transmission in real-time, allowing for variations in territory, device, bandwidth usage and time of day. These costs are then combined with local electricity consumption to enable brands and agencies to closely track emissions through a designated dashboard.

Good-Loop will then offset the entire campaign through various Verified Carbon Standard offsetting projects, as well as providing recommendations on how advertisers can significantly reduce the environmental impact of their media buying. Brands and agencies can also offset the carbon cost of their campaigns by buying ads using a special “TreePM” rate, which plants a tree for every thousand impressions they purchase.

In a press release distributed this morning, Williams said: “Whether it’s the Ad Net Zero initiative or the IPA’s Media Climate Charter, there’ve been some encouraging recent signs that the ad industry is finally starting to get its act together and acknowledge it needs to do more to address the negative impact it has on the environment.”

She added, “But to ensure these commitments are not just more hot air, advertisers need access to the right tools to help them significantly reduce their carbon footprints. Good-Loop’s Green Ad Tag does just that, providing brands and agencies with on-the-button, real time information about their live campaigns, helping them to drive efficiencies and cut carbon costs throughout the lifetime of their media plans.”