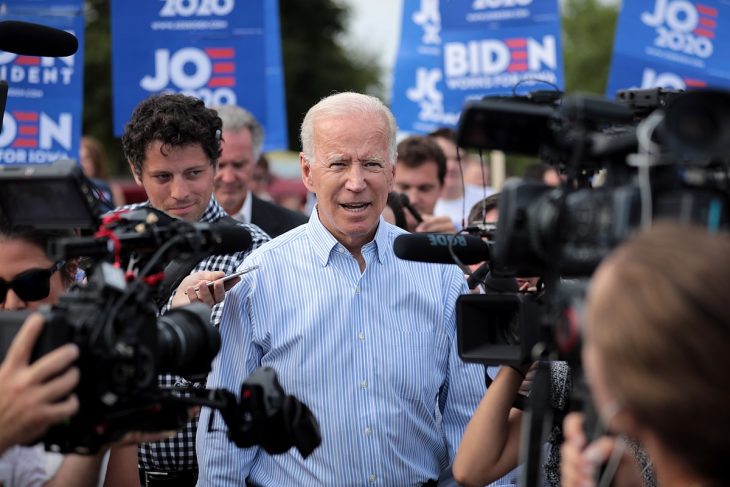 I’ve been writing about the impact of YouTube and video marketing on candidate preference and election outcomes since 2008. So, I’m in a good position to select the best video content marketing examples for Joe’s Biden’s 2020 presidential campaign.

So, one of the under-reported stories of the 2020 presidential election is the ironic fact that the Trump campaign appears to believe in the importance of video content marketing more than the Biden campaign does. That’s ironic because several key members of the Obama for America (OFA) team that helped to elect Barack Obama President (and Joe Biden Vice President) in 2008 (and again in 2012) seem to have been relegated to the sidelines in 2020.

Now, it’s still a few days before we discover if this ends up impacting candidate preference and election outcomes. So, maybe the Biden campaign’s advantage in TV advertising will help him influence and persuade the small amount undecided voters that can be found in a large number of swing states. Although, I would argue that it’s much more cost effective to use video content marketing and digital advertising to micro-target niche audiences than it is to use TV advertising in 210 designated media markets (DMAs).

But, if there is an important lesson that Democrats should have learned from the outcome of the 2016 presidential election, then it is this: Four years ago, people watched over 110 million hours of candidates and issues-related content on just YouTube. And that was estimated at the time to be the equivalent of watching every piece of content ever aired on CNN, C-SPAN, MSNBC and Fox News over 100 times.

Now, you understand why I’m going to focus on the best video content marketing examples for Joe’s Biden’s presidential campaign in 2020. Hopefully, quality video content will “trump” the quantity of social videos uploaded by “deplorable Donny’s” team. But, the lack of quantity may help to explain why a lot of Democrats, Independents, and Never-Trump Republicans are having sleepless nights leading up to Election Day.

Fortunately, Biden’s campaign isn’t the only team creating social videos that are pro-Joe. The Lincoln Project, an American political action committee formed in late 2019 by a number of former Republicans, has uploaded 1,130 videos in the last 90 days. And these videos got 355 million views on Twitter, 135 million views on Facebook, 107 million views on YouTube, and 46.3 million views on Instagram.

The goal of The Lincoln Project is to prevent the reelection of Donald Trump in the 2020 presidential election and defeat all Republicans in close races running for reelection in the U.S. Senate. And in April 2020, the committee announced their endorsement of Democratic presidential nominee Joe Biden.

Ironically, some members of The Lincoln Project worked on the presidential campaign for former Senator John McCain (R-Arizona), which was beaten by the OFA team in 2008. This is ironic because it appears that these former Republicans also believe in the importance of video content marketing more than the Biden campaign does, even if their PAC’s total ad budget is significantly smaller.

And based on my review of the video content created in the last 90 days for Joe Biden, some of the best examples weren’t created by the Biden campaign. They were created by The Lincoln Project.

For example, the social video with the most views is “Anthem YT MH | Joe Biden For President 2020.” Uploaded to Joe Biden’s YouTube channel on August 26, 2020, it currently has 24 million views.

But, if you rank pro-Biden YouTube videos by engagements (e.g. likes, comments, shares), then the top one is “Wake Up.” Uploaded to The Lincoln Project’s YouTube channel on July 31, 2020, it currently has only 4.3 million views, but 131,000 engagements.

But, the promise of digital advertising has been the ability to better tailor ads to what people are actually interested in. And neither the Biden campaign nor The Lincoln Project needed to use Google Trends to know that people in the U.S. have been interested in “coronavirus” over the last 90 days.

And, according to the section on the US Elections in Search 2020 in Google Trends, the current level of interest in “unemployment” is 3.9 times higher than any other political issue that Google Trends has tracked since 2004.

Dan McGowan of The Boston Globe wrote a story about this a couple of days ago entitled, “The one political topic most of America is Googling.” He observed, “Unemployment reached 100 in April and has fallen gradually every month, but it is still outpacing all other topics – health care, crime, wages, immigration, social security, abortion – by a wide margin.” He added, “This probably makes sense, considering the national unemployment rate was 7.9 percent in September, and there are still five states – Hawaii, Nevada, California, Rhode Island, and Illinois – with double-digit jobless rates.”

Now, neither the Biden campaign nor The Lincoln Project have uploaded a YouTube video about “unemployment” in the last 90 days – which is a missed opportunity considering the fact that Biden has a plan to transform unemployment insurance into Employment Insurance for millions of workers.

Why is this a big deal? Because billions of searches are conducted each month on YouTube – and if someone searches for “Joe Biden unemployment”, then the first result that they see is “Virtual Town Hall with Vice President Biden on Unemployment and Issues Facing Working Families,” which was streamed six months ago.

So, the Biden campaign is covered. But, this is a message that can and should be updated now – especially with 13.5 million jobless Americans scheduled to lose their unemployment benefits at the end of the year without action from Congress to extend temporary aid programs.

As for The Lincoln Project, their most recent video about “unemployment” is entitled, “New.” Now, the video’s description says, “The billionaire’s daughter is telling unemployed Americans to ‘find something new.’ Thanks for the advice, Ivanka.”

Uploaded to YouTube on July 17, 2020, this video has 2.7 million views and 106,000 engagements. But, it won’t be found by anyone searching for “unemployment” because that keyword is missing from the title, which is more important that the description. So, just imagine how many more people would see this video if a new version were uploaded with a new title that read, “Unemployment running out? Ivanka says ‘find something new.’“

Is an eight-word headline more effective than a one-word headline? Well, clarity “trumps” cleverness. And during a recession that’s hurting women the hardest, Trump is telling suburban women that he’ll get “your husbands back to work.” And his daughter is telling working-class women to “find something new.”

So, there are still lessons to learn about the impact of YouTube and video marketing on candidate preference and election outcomes. For example, just because you believe in the importance of video content marketing doesn’t mean you’ve mastered the art of creating great content that can inspire or enlighten voters.

And, even the best video content marketing examples for Joe’s Biden’s 2020 presidential campaign could still be optimized to have even greater impact than they already have. And in close contests that can be the difference between victory and defeat.